Cow - Southern Cross Addie (by Carinya Navaroan out of a Hotspur female) with a calf by Little Valley Griffin. The calf is Southern Cross Gloss who can be viewed as an adult on the Future Breeders page. Cow - Southern Cross Addie (as above) with heifer calf by Linlora Herbert.. Cow above  SX Cupcake at  25 months  by SX Condor out of a Carinya Navaroan female with her bull calf at 1 month  (long deep and thick!) by Linlora Herbert. Same cow and calf below at a later stage. NB: Sam without a beard SX Butterscotch (Super cow) by SX Boomerang (sc) out of SX Caramel. This cow is of medium height with a long body, plenty of milk ,always looks good,even with a good calf at foot in a tough season. She is the Dam of SX Falcon ,Condor  and many SX females. (Super cow) Above:  SX Gidget by Griffin with her first calf SX Dux by Ashby Denison

The next drop begins,SX Glitter by Griffin out of a CD Hotspur female,with a new calf by CD Zulu. 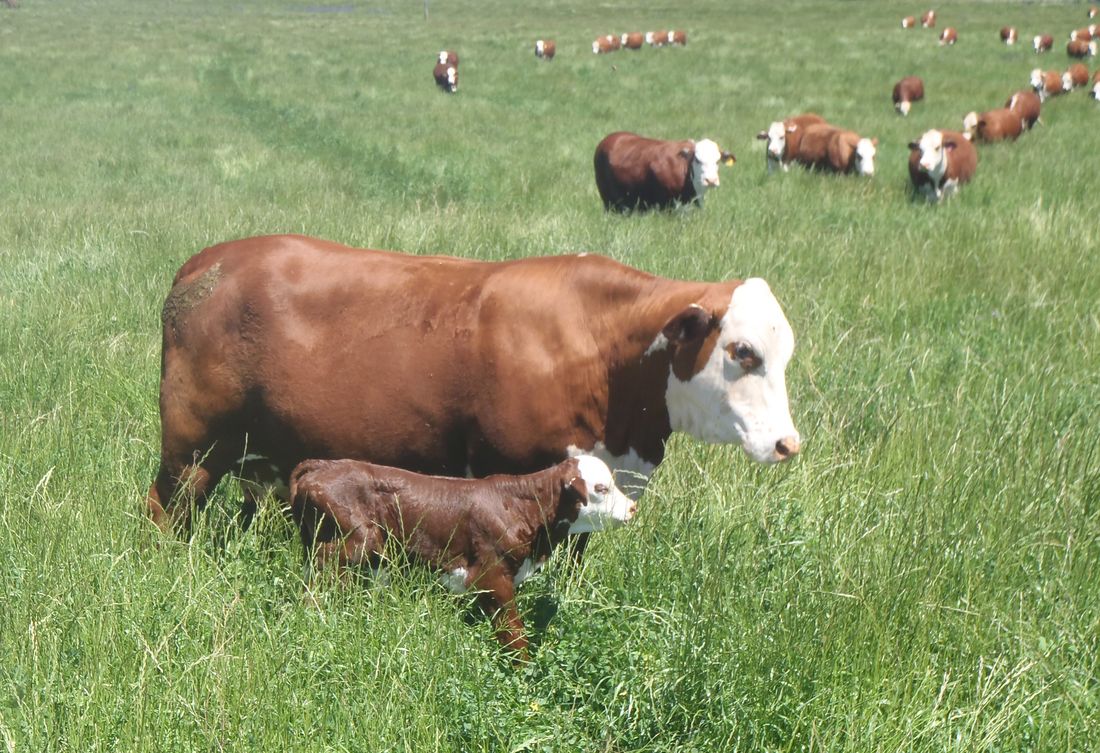 SX Welcome by SX Wilson out of a Carinya Julius cow with a new CD Zulu calf. 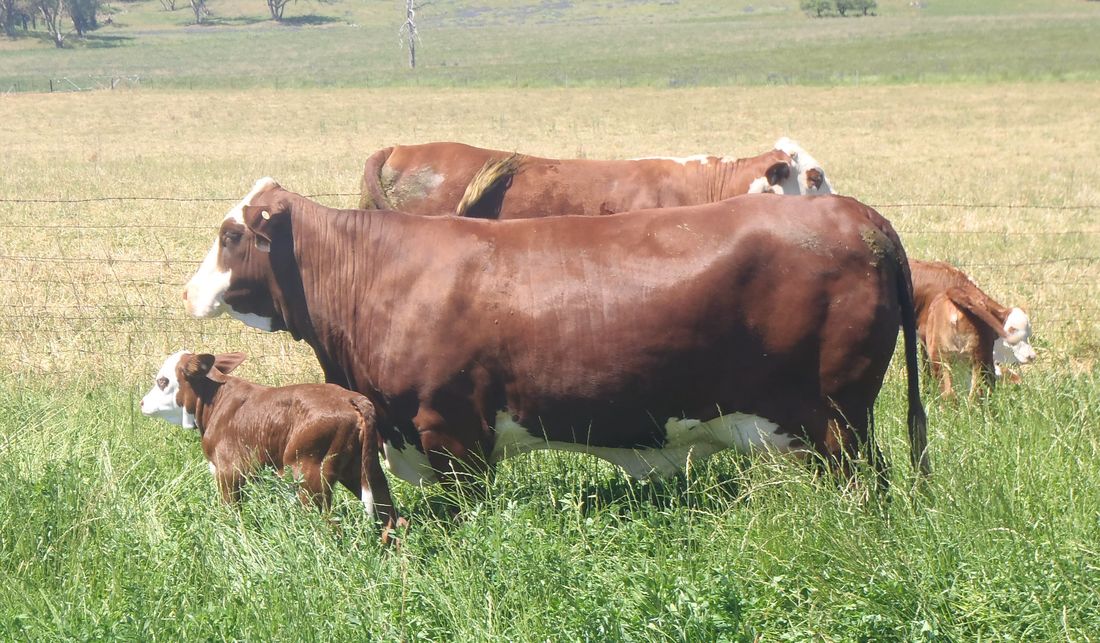